The route of this rail line from San Diego was up 32nd Street to Chollas Valley, bisecting Mount Hope Cemetery, along Imperial Avenue through Encanto, Lemon Grove, La Mesa and then up the 741 foot Alta (now Grossmont) Grade. It skirted El Cajon Valley to Santee. It then went along Woodside Avenue through Riverview to Lakeside, across Moreno Valley to Foster.

The trains would stop any place along the route if signaled. The fare to Lakeside from San Diego was 85 cents — $1.50 a round trip — taking 1 1/2 hours for the twenty-five mile trip. That was quite an improvement over the all-day wagon trip.

The Sounds of Trains 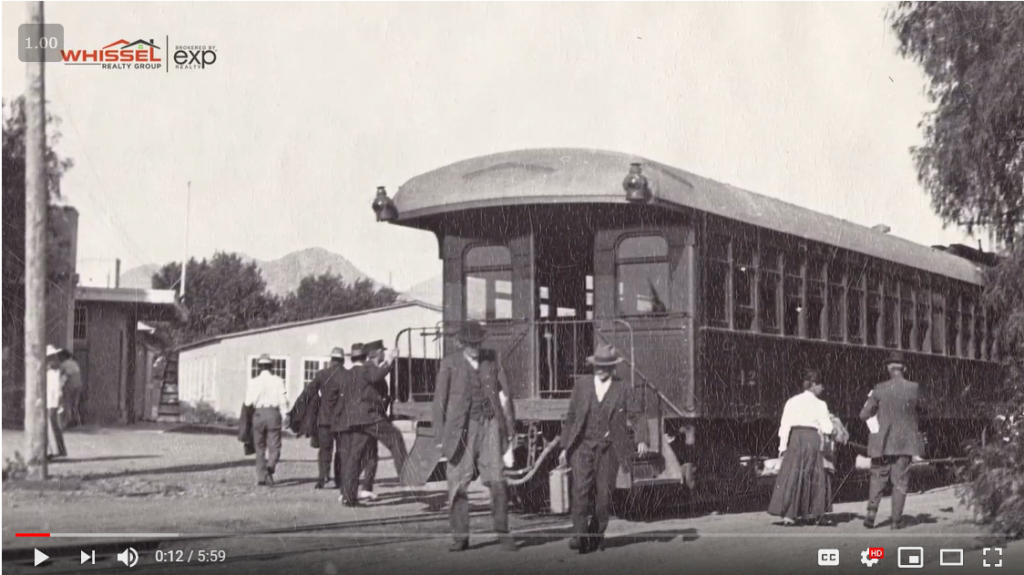 At the height of the boom days, there were eight passenger and four freight trains coming to Foster each day. After the Lakeside Inn built the racetrack, there were special excursion trains run for special events to lure the crowds.

Believe it or not – Lakeside does have its own train depot.

No railroad tracks, train whistles, or waiting passengers can be found at the depot. About the only thing you can find there now is the office of Mesa Construction Inc. They recently bought, renovated and moved into the old depot.

The original stucco building was covered with fresh wood siding. Only four carved plaster faces are left on the building’s corners. The faces, with elegant curls and Roman-like headdress are the last remains of the busy days of the depot. Joseph Bailey of Mesa Construction Inc, said the faces will be restored by an artist. “I’m just tickled about the faces and I’m also going to use them on the business stationery,” Bailey said.

In 1889, the tracks of the San Diego, Cuyamaca and Eastern Railway reached Lakeside. Later the governor 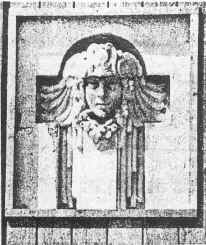 of California, R. W. Waterman, the major financier of the railroad, extended the tracks from Lakeside to Foster Station, three miles north of Lakeside near the present day San Vicente Dam.

A Lakeside resident since 1908, Hale Whitaker, said the present depot building is the second the railroad built in Lakeside. “Lakeside was pretty proud of the depot because it was one of the best on the railroad lines. The rest were all old wooden buildings and this one was a fancy stucco depot.”  Whitaker said.  Later, the 1916 flood destroyed the bridge and tracks to the Foster Station and the Lakeside depot was turned from the north-west to its present direction facing Laurel Street.

The depot was kept busy with passengers arriving from about 10 trains per day. People would come from Julian and Descanso and leave their horses in Lakeside while they rode the train to San Diego.

The train reached Lakeside via tracks that ran north of Riverford Road and crossed what is now Highway 67 to Laurel Street. The trains unloaded freight at a warehouse across the tracks from the depot and then headed back to San Diego.

“They unloaded the first automobile in Lakeside at the warehouse platform. The folks lived near El Monte Road,” Whitaker said.

In the 1930’s the tracks that connected the Lakeside and Santee depots were destroyed and the depot was converted to a private residence.

The original stucco building was covered with fresh wood siding. Only four carved plaster faces (above) are left on the building’s corners.